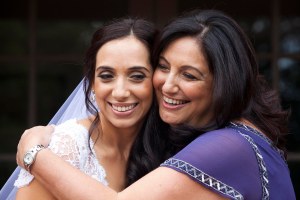 I had been living on one big high for 18 months.

Got engaged, got married, fallen pregnant, had a baby and then turned 30 in February 2013 with a small celebration. One happy thing after the next.

I had spent the previous couple of weeks celebrating the fact that my three and a half month old baby boy had started to sleep through until 5.30am. The day any sleep-deprived mother gets her sleep back is a good one! However, on that Tuesday evening my sleep happiness came crashing down in an instant. My son was sleeping through but for the following 16 months, I didn’t.

I remember it like it was yesterday. Sitting at my aunty’s house waiting for news, the results of my mother’s procedure, which was to determine what the growth on her pancreas was. Dad‘s voice shook as he told my sister and I, “Girls it’s not good! It’s cancer.” That was it, in an instant, my happiness of the previous 18 months shattered into a million pieces. I actually couldn’t believe what I was hearing.

Shock, disbelief, anxiety, worry, concern, anger and grief, emotions that would be my existence for the next 16 months. Of course, happiness was sprinkled into that time. Nice things, happy things DID happen after the diagnosis but they were always bitter sweet.

It just wasn’t meant to happen like this. My mum had taken a year off as a primary school teacher, to spend the time with her first grandchild. My teeny tiny little boy. She was going to be there to hold my hand as I stumbled through my first year of being a parent. 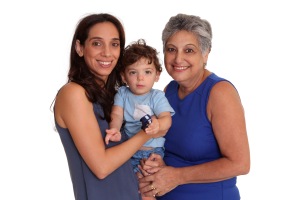 Mum and I were extremely close. We saw each other everyday and spoke on the phone at least twice a day. I followed her path, becoming a primary school teacher myself. I had seen first hand how a mother was able to have her own successful career, her own journey whilst still raising and caring for her two girls. To me, that was something to be proud of, something to admire. I chose teaching not simply because I felt I would be making a positive difference in the world but because I knew that it would allow me to be a mum whilst also giving myself an identity away from the family home.

So did my son’s first taste of food. And his first tooth. His first fever. His first plane ride. His first step. His first birthday. And of course his first word followed. I thank g-d mum was here for those.

Mondays became my worry day. Mondays was when mum went to visit Dr Goldstein. We would be given an update. Our family’s reality totally shifted, we would be happy when mum’s bloods showed chemo was ok to go ahead that week. I mean, celebrating chemo? What’s with that? But we knew, as mum called it, chemo was her “friend.” It was keeping her alive. It was giving her that extra day, extra week, extra month to spend precious time with us and her grandson, who she absolutely loved and adored!

Every Monday that went past without the words “we can’t do anything anymore” was a small win, a tiny triumph in my heart. A huge sigh of relief. For 14 days at least.

My son was born six week premature. I strongly believe that this happened so that my mum was able to meet him, hold him, cuddle him and kiss him. It gave them extra time.

For me, Mum’s cancer journey was about a juxtaposition of emotions. Sadness and celebration. Living on the extremities. Juggling being happy and enjoying all those precious moments a new baby brings, with the grief, anger and gloom that palliative cancer care means. I had to be there for my son whilst also manage a strong desire and will to be there to support my mum. Should I be, in that moment, a mum before a daughter or should I be a daughter before a mum? This juggle was a challenge. It was tough. It was hard.

Mum fought right up until the very end. I know she fought for her large extended close loving family. True to form she was the boss and left us instructions on how to do everything following her passing.

Mum was always the life of the party. My parent’s home was the location of so many family celebrations, it was always an open house. During the last few hours the extended family gathered in that house once more and she waited until her aunts, uncles and cousins came to say goodbye and had a “party.” Mum passed away peacefully at home surrounded by more than 20 members of our large family.

What was meant to be a year of mum holding my hand turned into 16 months of holding each other’s hands. Right up until the very end.

In the weeks and months following her death our family has soldiered on just as mum instructed us to do. I look at my son multiple times each day and wonder whether she knows what he’s up to, what new word he’s saying, what his favourite toy is at the moment. I also wonder does he know his nana? Does he remember her? Does he know how much she loved him? Does he know, that in so many ways, he is exactly like her, cheeky, fun and loving? I hope he does.

I soldier on for her and for him. I soldier on so that mum’s legacy continues to shine bright, in the hope that the cancer darkness does not prevail. My family will not let it win. We are looking forward, hoping that we can do something to make similar journeys more manageable for others. I soldier on for my son because at two-years-old, he is so young. He needs his mum and it is my duty to shower him with the extra love he would have gotten from his nana. I soldier on because her spirit lives on in him. He is our happiness, he is our joy.